This is what you will need to rebuild a Clamshell battery:
- 8 Lithium Ion 3.7V 18650 batteries (Samsung / Panasonic / LG recommended)
- A metal spudger to open the battery
- 18 or 20 AWG wire for the connections between the wire
- A chewing gum sleeve for support (or equivalent support)
- Soldering Iron and its tools

I recommend watching the 8-bit guy video he made a few years ago on this matter:
https://www.youtube.com/watch?v=VrDnTXqoqjM
First, using the metal spudger, pry open the clips that hold the original battery together. Be careful as there is a circuit board and wires inside the battery. Only pry the plastic portion and do not puncture the batteries inside (it is ok to use them as a lever). Work you around the clips and them keep prying to release the strong adhesive holding the battery cover together. 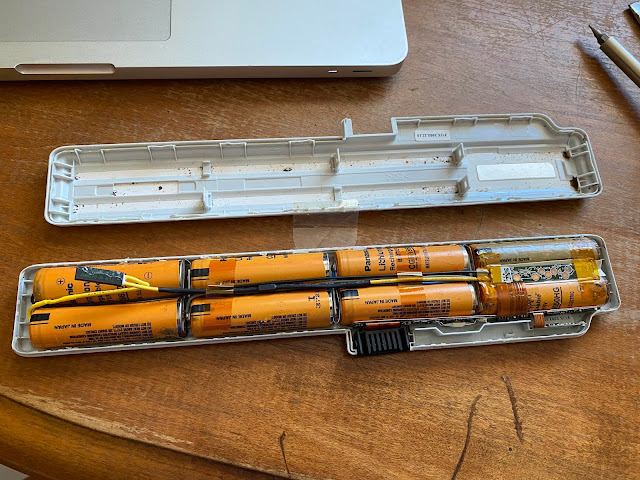 What I found inside: note the rusty leaky battery from early 2000s 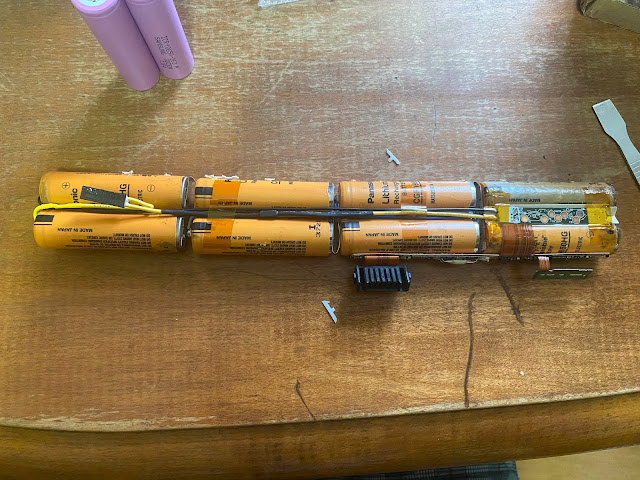 After removing the bottom part of the battery case 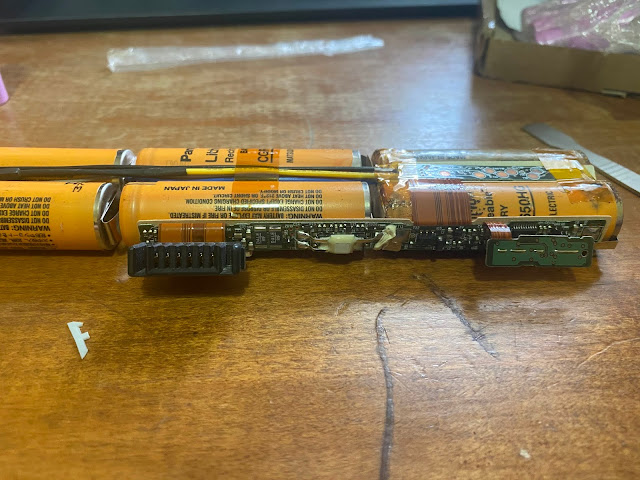 Note the sensor board of the battery, be careful with it as it is fragile
Now, if you noticed the below shown schematics, you will see the batteries and controller board are connected like this:

Ibook G3 Clamshell Battery schematics (made by 8bitGuy)
Now, it is time to prepare the new cells and connect them like shown above.
WARNING: Solder batteries at your own risk. Use extra caution, heating batteries can cause it to leak, catch on fire or even explode. Only heat the necessary to deposit some solder on each terminal. Use PPE, have a fire extinguisher nearby and/or do it outside if possible.
First, you should prepare each cell terminal by adding some solder to it (this will make it easier to later connect the wires to it). I recommend using a beveled soldering iron tip for more surface reach and use a high temperature setting (at least 400oC) in order to heat the large surface area of each terminal. This is particularly tricky on the negative terminal as the area to be heated is larger than on the positive terminal. 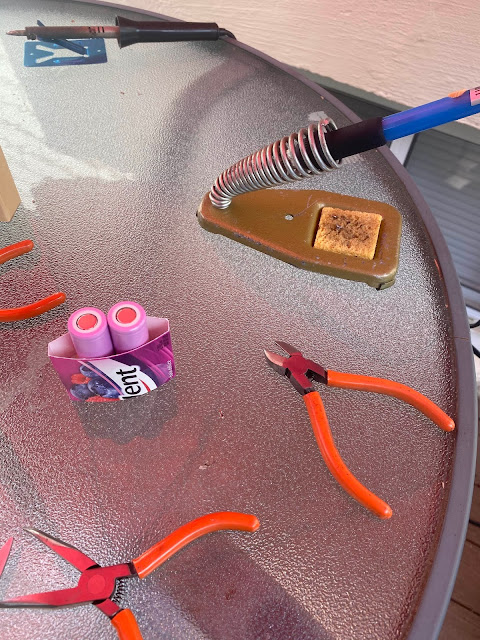 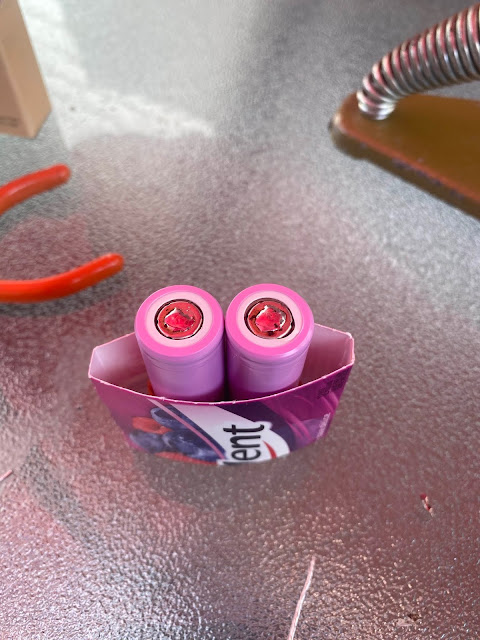 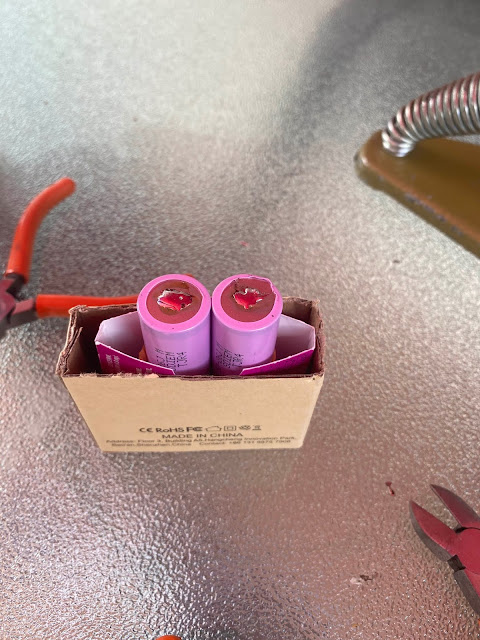 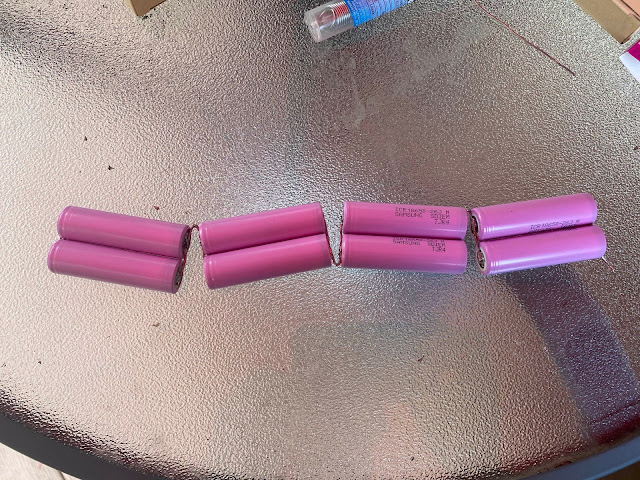 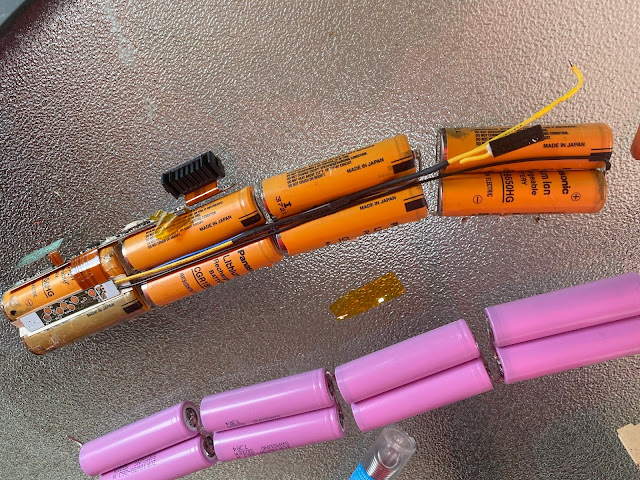 Using some jumper wire, I copied the connections of the original battery as shown above 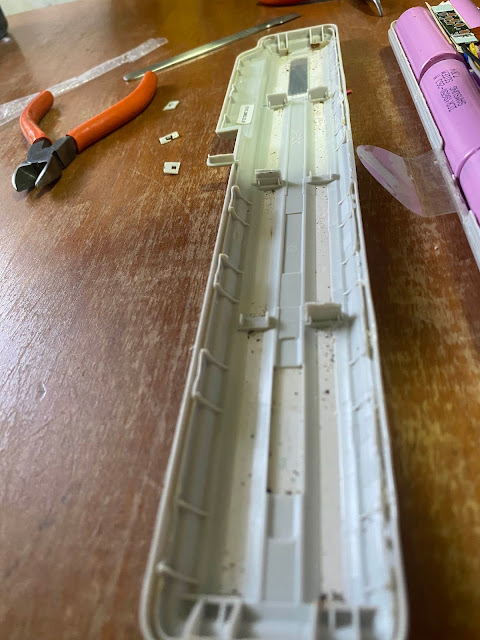 Hint: because my jumper wire was slightly thicker than the orinal welded metal strips, I cut those clips to facilitate the assembly. They are not mandatory as the clips around the edge of the battery cover can keep the battery closed. 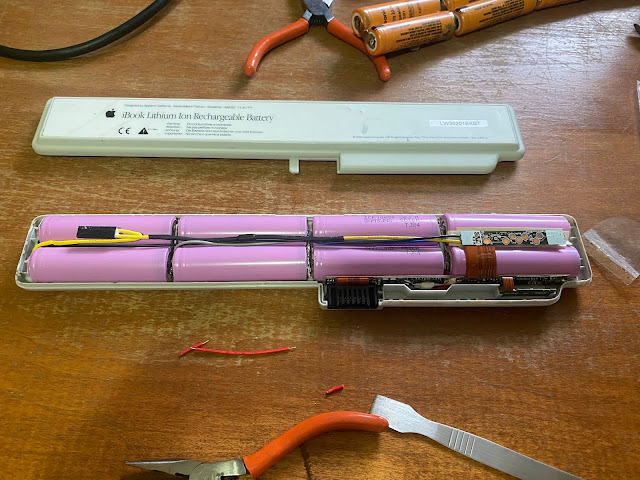 Barrery assembled in the bottom case, with the controller board already connected. 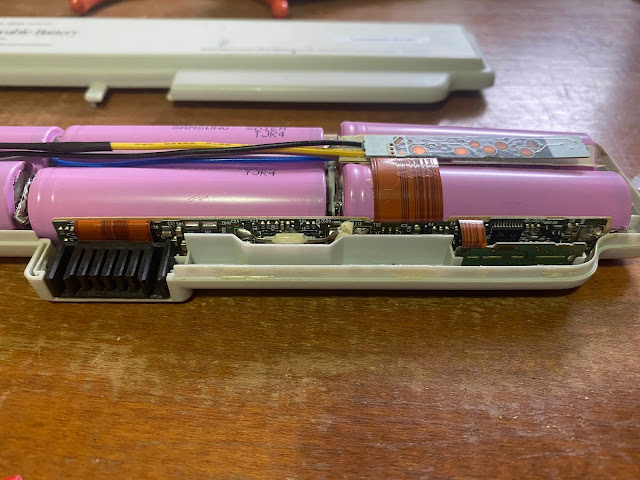 Be gentle when positioning the fragile control board, note the small slot for the small board on the bottom right hand side. 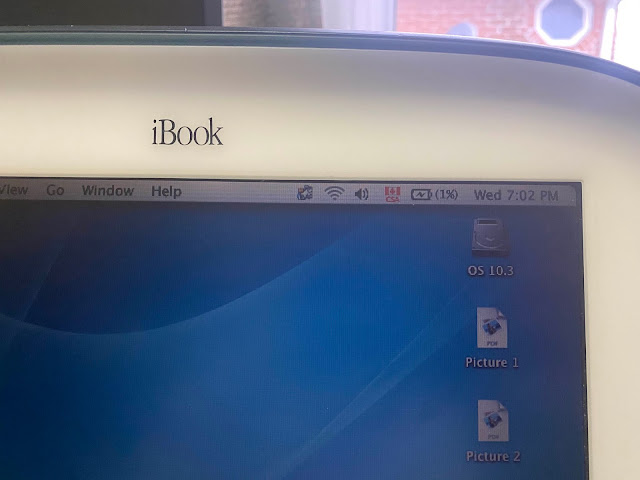 Yay! The rebuilt battery is charging!
Remember to completely charge and uncharge a couple of times in order to calibrate the battery. This will allow the rebuilt battery pack to perform at its best. Mine is lasting for about 3-4 hours with moderate to heavy (watching DVDs) usage.
Talking about watching DVDs, that is good way to drain the battery to calibrate it. I watched some Music DVDs on my clamshell until the battery died. It is definitely a fun little portable DVD player!